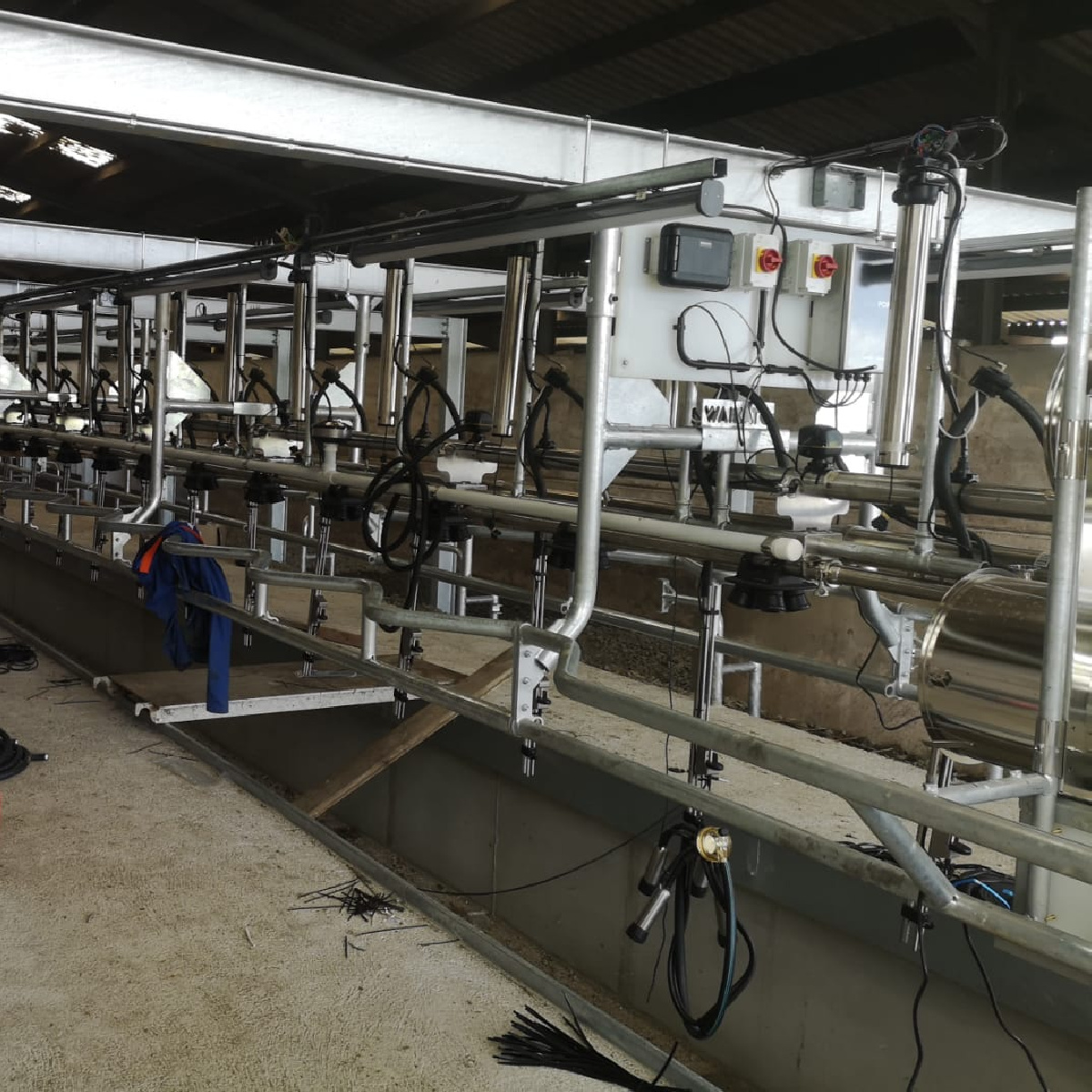 Working to the conditions of the land is a top priority for Tom Jones and his family who enjoy running Trelay Farm on the elevated terrain of Davistow in north Cornwall.

“We’re about 1000 feet above sea level, we get high rainfall, we catch the wind and it’s very much like we’re working in the clouds.

“But all that rain allows us to grow a lot of grass, to grow our cows, which are outdoors from February to the end of October, early November.

“We produce what we can off the grass and just like to keep things simple.”

Keeping it simple was the key when the family came to upgrade the farm’s tired 20x40-point herringbone milking system in 2021.

Tom is a third generation farmer on Trelay Farm and he works the property with his father Chris, mum Jackie and his wife Clare. They also have two part-time workers and a few relief milkers.

“We had an odds and sods kind of parlour, really basic with no ACRs. It was getting very tired, the yards weren’t big enough, it was really slowing down the cows.

“We were picking cows for AI and it ended up being a nine-hour day. Everyone was getting a bit fed up and it was a case of something having to change.”

The farm moved from 300 to 450 cows when an opportunity came to rent some extra land.

“It was then we decided it was a good time to take a leap and look for a new parlour.”

Tom shopped around to see what the options were.

“The big thing for us was efficiency, something that could reduce milking time and be easy to operate.

“I’m not a fan of over complicating things and we didn’t want a system with loads of technology.”

The one piece of tech that was a must however was automatic cup removers.

“We wanted a parlour that could milk with just one person if needed and so ACRs were a must.

“We would normally milk with two people but if there is someone sick or away, I needed to be sure I could do the job on my own and ACRs would cover off that worry.”

Tom said ACRs also eliminate the possibility of over milking the cows.

“We had a look at a few companies but I really liked the look and finish of the Waikato Milking Systems parlour.”

Waikato Milking Systems manufactures dairy technology from New Zealand to all of the major dairy countries of the world, including the UK and Ireland.

Work began on installing Trelay’s new 32x64 Waikato Supa 4 inline milking system during the 2021 summer. The project was expected to be completed in August.

Tom said it’s key automation component was the ECR-S, an efficient automatic cup remover which can be adjusted to detach according to set parameters.

Retraction speed adjustment makes for a gentle disconnect from the cow’s udder.

It has a VOD Vacuum and milk pump which has variable speed or vacuum on demand on three-phase electric.

The stalls were designed by Simon Hoaare, the UK Sales Manager South for Waikato Milking Systems and made in Ireland.

They are much more robust, heavy duty, non-weld on site concept with the Waikato Milking Systems logo laser cut into the components.

Increasing throughput will also reduce the time the cows are standing around on the concrete pad waiting to be milked.

“We’ve been milking for eight hours so they’ve been stood there for four hours sometimes which is too long.

“So we know the new parlour will be quicker, we can get the cows back out to pasture much faster and it’ll be a lot more comfortable for the animals.”

Other redevelopments around the parlour would also increase efficiency, such as a wider entry to the milking system and more space for the cows when they turn and exit at the end of milking.

Tom is looking forward to the first milking in the new parlour and has some advice for others looking to redevelop their milking systems.

“You need to find a parlour that will fit with your farm system.

“If you have a big herd with high yielding cows in a housed system, you’ll probably want technology like electronic milk meters to find out what each cow is producing.

“And that’s fine but for us, on a grass-based system, we just wanted a much more simple system, something that’s going to be easy to operate and reliable to use every day.”

*Waikato Milking Systems will be at this year’s UK Dairy Day, at site H238. For more information, visit: www.waikatomilking.com 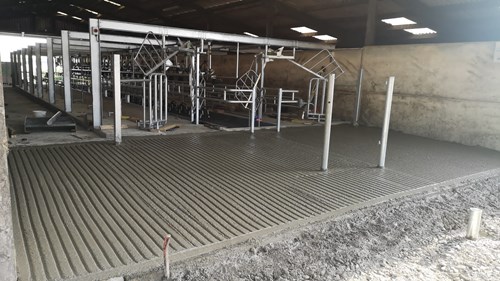 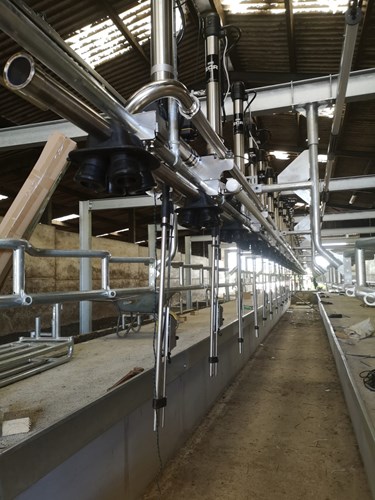 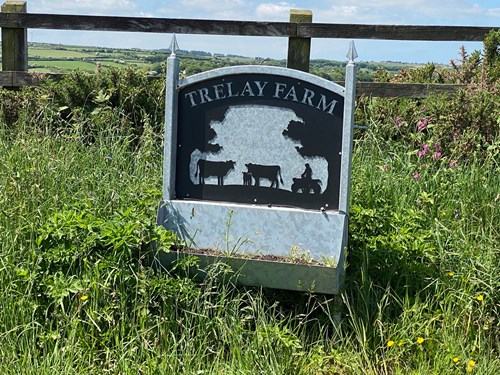 Trelay Farm is in north Cornwall 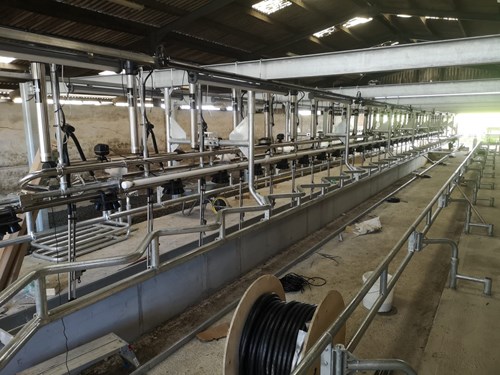 Work in progress during July at Trelay Farm